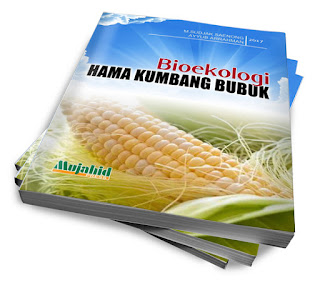 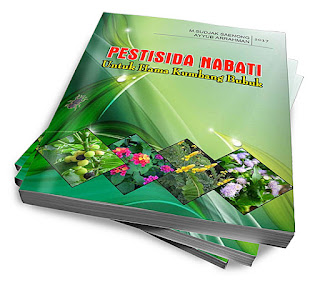 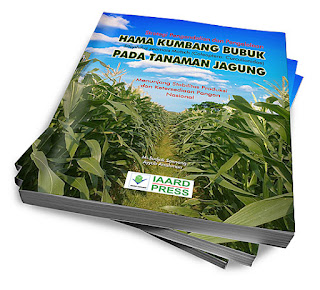 Email ThisBlogThis!Share to TwitterShare to FacebookShare to Pinterest
Label: Trichoderma

Arifin, M. 1999. The use of SlNPV as a biological agent to control cutworm on soybean. Seminar on Pest Surveillance and Forcasting. Direktorat Bina Perlindungan Tanaman Pangan. Bogor, 31 Januari 1999. 11 p.

Spodoptera litura nuclear-polyhedrosis virus (SlNPV) (Borrelinavirus litura) is one of the insect pathogens infecting cutworm (Spodoptera litura) on soybean. This virus was first discovered in cutworm larvae in Central Lampung (Arifin and Waskito, 1986). Since 1985, experiments on the use of SlNPV to control cutworm were carried out at the now defunct, Bogor Research Institute for Food Crops.
Numerous experiments reported that SlNPV have high biotic potency (Arifin, 1993). As a biological agent, SlNPV is compatible with the integrated pest management (IPM) concept because: (a) its host-specificity only to the soybean cutworm and some other noctuids species, (b) it does not affect predators and parasitoids, and does not upset non-target host, human body, and environment, (c) it may alleviate insecticide resistant problem, and (d) it is compatible with most other control methods (Maddox, 1975; Starnes et al., 1993). There are several major reasons whySlNPV is suitable for a biological agent to control cutworm: (a) cutworms is a major pest attacking various kinds of vegetable and food crops, (b) considerable amount of broadspectrum, toxic, synthetic insecticides are used against cutworm, and (c) many cutworms are resistant to most major insecticides group. Efforts to develop SlNPV as a biological control agent can be conducted in three steps: (a) production of SlNPV, (b) solve the constraints affecting the effectiveness ofSlNPV, and (c) optimizing application techniques of SlNPV.
The purpose of this paper is to provide information on biological properties, production, and application techniques of SlNPV as a guidance in the control of cutworm on soybean.